A few years back, I never thought it will become my milestone. On the day of September 4, 2014. That was the day, on which I started the first step of this milestone. On this Day, WordPress 4.0 got released and I was one of the lucky people who’s contribution got involved in this open source software.

Today, WordPress 4.9 “Tipton” is released and I have completed my ten consecutive contributions to this amazing open source software.

I used WordPress first time in life when I joined rtCamp on April 15, 2013.
From Apr 2013 to July 2014, I saw many people contributing to WordPress and those people are very experienced and talented. So the contribution to WordPress, was just the dream for me.

I was not sure, I can do this but tried and started searching the bugs in the software. It was not too much difficult task for me because searching the flaws in others one is my hobby 😉
One day, I reported my first bug with patch and that got approved and merged. I was a newbie in this field and was not much aware of technical stuff then my friend (Pranav & Chirag) helped me in creating the patch.

On the day September 4, 2014. WordPress ‘Benny’ got released and I found my name on the list. I got too much appreciation from my friends, colleagues, and management.

The journey started from this day and by luck, my tickets got included in each new version of WordPress so far. Because of love and appreciation from the community, my interest keeps increasing day by day.

After that, I wished, I could complete the full series of 4.X and today I completed 10 consecutive releases of WordPress from 4.0 to 4.9 🙂

Not satisfied with just WordPress core contributions, I got the chance to contribute to WP Meta, Polyglot team, and BuddyPress and bbPress plugins after joining BuddyBoss.

Last but not least, I would like to thank Pranav (for helping me to create patch), Chirag (how to submit ticket in WP Trac), Sumit (for teaching me Tortoise SVN, CSS and many things), Ravindra Pal (forcing me to start this 😉 ), Rahul Sir (for appreciation and feeling proud on me), BuddyBoss and rtCamp (for giving me platform).

And friends Juhi, Joshua, Abhishek and Umesh for helping me code, logic, and blah, blah, blah 😛
It was not possible without help, support of these people. If I missed someone name it is NOT intentionally.

And obviously ME 😛 (to clear a QA can also write code )

At the end, I wish, I would make some more milestone soon 🙂

No no, these are not my words. I heard these words from a rickshaw puller in New Delhi.
Before writing this post, I have searched about:

I would like to clarify that the purpose of this post is not to do criticise of any single person, the group of persons, or not any organization/government. I just thought so wrote here.

I was shocked, why this guy is doing this here? As I can see toilet only 50 meters far. I went there and asked about it. My conversation was like this:

(I was surprised at that moment. My feeling was like, as I asked him to go in any Five star Hotel)

I went in a washroom and found, The charge of doing pee, was 5 rupees. I understood the words of that rickshaw guy then.

On an average, healthy adults urinate eight to ten times a day.

I am not educated, I don’t know, which government is running here? who is responsible for cleaning of the city, I don’t know Who is AAP, who is MCD, Who is BJP.

Then I moved to UP Agra.  Same thing here too. On Inter State Bus Terminals (Agra’s largest bus depo) We have to pay 5 rupees for using the washroom.

I traveled to Maharashtra, West Bengal, Haryana, Chandigarh and almost all places, I found, we have to pay some amount for urinating in a public toilet.

No need any caption 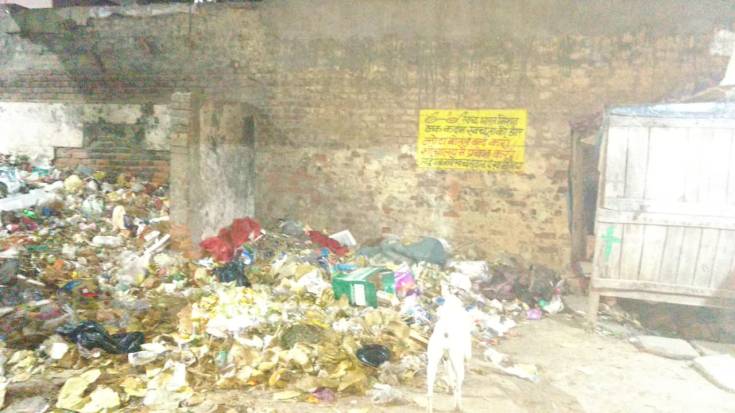 No need any caption

I also found some place where washroom charge was free. But trust me, you can’t stand there for a single second.

I am not sure, why the government is taking Swatch Bharat Cess (now merged in other tax). This tax is only for TV advertise, Roadside hoarding, making a beautiful logo with Gandhi ji’s spects, An effective ads from top Bollywood celebrities. ????

In reality, a rich man and middle-class man can make this Swatch Bharat campaign successful because they can go in Malls, McDonald’s, Restaurant etc. But a poor man is not allowed in this rich places.

A man like riksha puller, how can survive in India, if he will pay approx 10-12 % of daily income. In this case, seems this type of Campaign is good only on paper, TV, social media etc. Because I have taken these photos in front of the main gate of the railway station of Delhi, the main gate of Metro station. If these famous, heavy crowded, important places are not clean then we can assume the situation of other places like a village, street, small towns.

Instead of creating the logo, painting on a roadside, advertisements by Brand name. if the government make all toilet charge free, clean and well maintained then people can make this campaign more successful. If DMRC increases the charge of the metro by 1 paisa per ticket and allows toilet free then no will do toilet outside of stations instead of the washroom.

On almost every railway station, we find the free Wifi with high speed. We can use the internet without paying any single penny. We can enjoy Facebook, youtube, etc etc.  But We can’t stand there due to heavy dirty rail tracks.

I think, a human man can stand on railway station without Wifi or any internet but cannot stand due to the dirty view of the track, heavy stink. I have captured this picture on the railway station. This was when a cleaner man cleaned the track. I cannot show the picture before cleaning here. 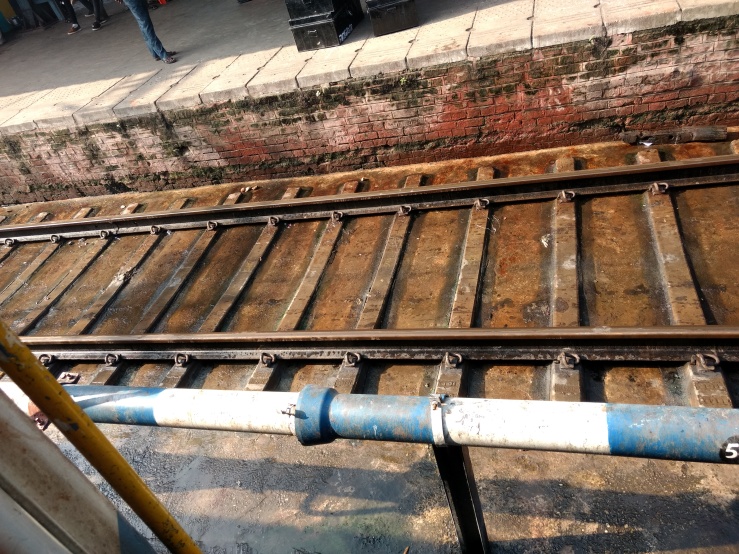 I have shared my all thoughts, which were running in my mind since a long time. I am pretty sure, some people will relate this with specific person 😀 But I am not against of any person 😉 Just thought so shared……